August 21, 2011
My little sister was watching Big Time Rush, a teen-singing group show, on Nick yesterday and she called me to the TV because they were using Nerf guns.  Of course, I was late but she said she recognized a Nerf and Buzz Bee gun.  So today, I watched it (the show is so annoying) just to see if she was joking, but then they pulled out the blasters and started shooting.  Here's a pic I captured: 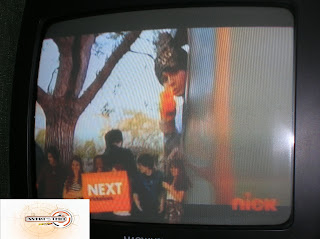 That's a Barricade RV-10 and other guy had a Buzz Bee Tommy 20.
I did some more research on Nerf guns on BTR and found another instance: 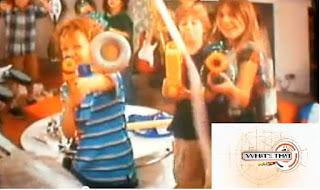 Some little kids are shooting a Raider CS-35, a Magstrike, and a Buzz Bee Tommy 20.

Whenever other shows have blasters, they are usually painted so that they are almost unrecognizable.  Maybe Nick is just to lazy...  Also, I found out the the stars of the show love Nerf guns and play with them all the time.