July 09, 2013
When Windows Phone 7 was released late in the fall of 2010, it showed a new direction of Microsoft's core design strategy.  A major part of this was live tiles.  They now appear in Windows 8, WP8, and Xbox Start Screens.  Back at its announcement, dynamically updating boxes on a screen showing you the latest data available to the app seemed like a whole new idea...but was it? 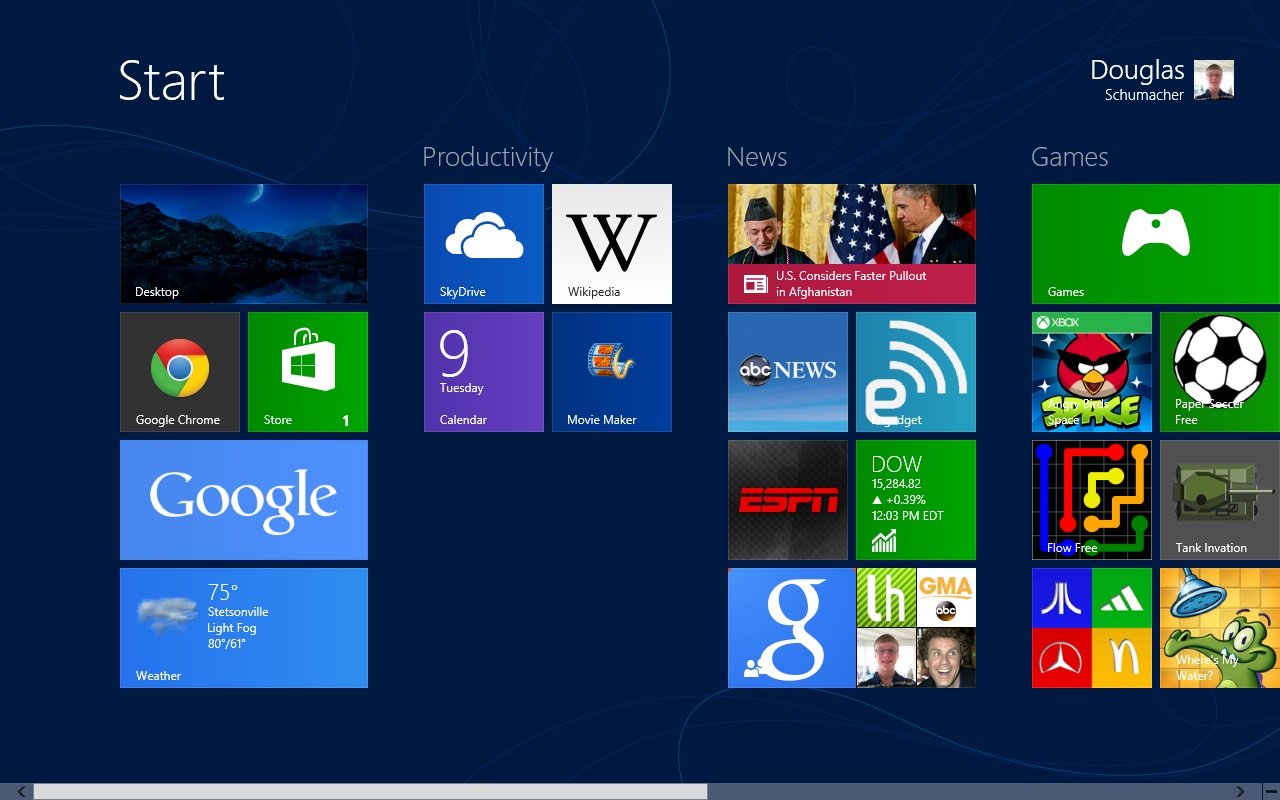 Many might point to Android's widget ability, included by Google since version 1.0, two years prior in 2008.   Even though I don't see this a direct descendant to the Live Tiles, there is a software platform that included updating tiles on a homescreen since 2006.  There is a good chance you even own one of these devices: The Nintendo Wii. 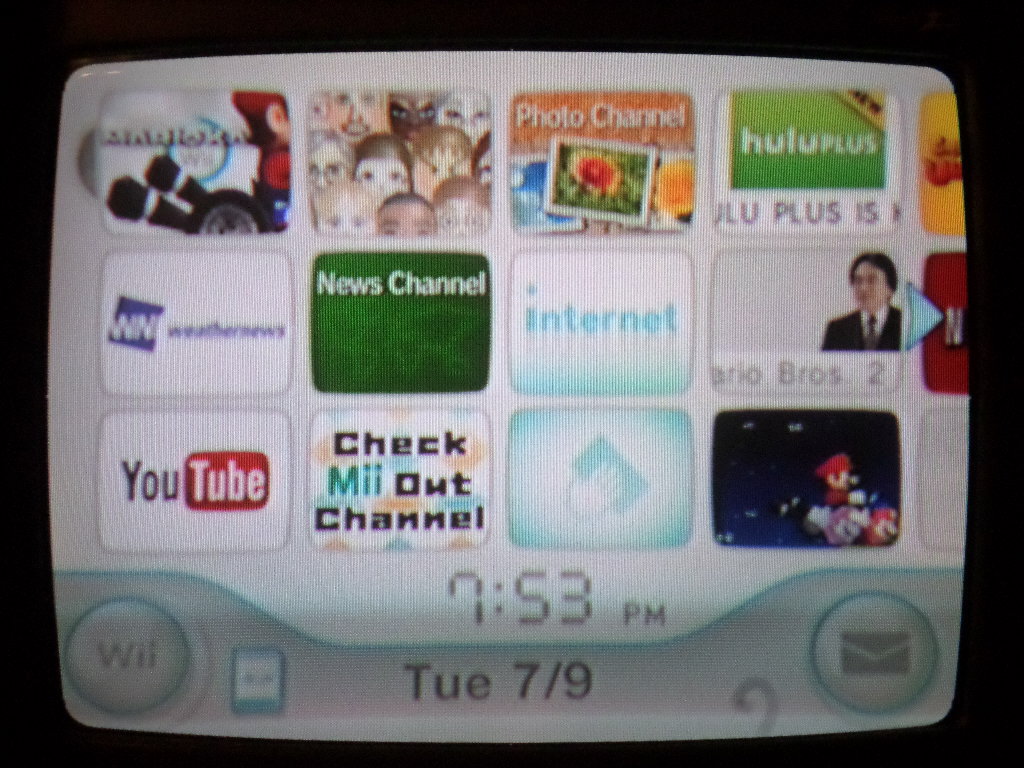 Yes, that's right.  During my research on this topic, the Wii's main screen was the first mainstream use of a "live tile."  The Forecast, News, Nintendo, and Everyone Votes channels all are not only animated, but pulled data though WiiConnect24, giving updates about, say, the current temperature or headlines.  If your Wii is not stored away in a closet and is connected to WiFi, why don't you check it out....OR NOT.  Just 11 days ago Nintendo officially turned off WiiConnect24's services...meaning that the majority of the "live channels" don't work anymore.  So I hope you enjoyed the easy-to-see updates while they were available. 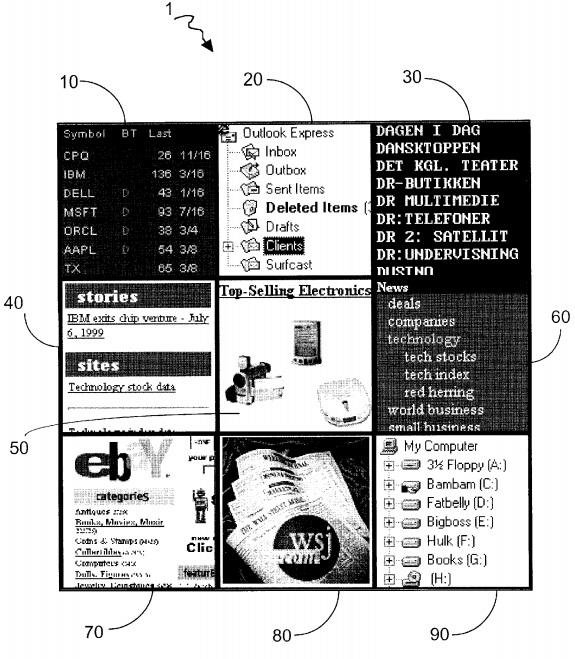 So could you say that Microsoft totally ripped off the live tile idea from Nintendo?  Sure...but wait, there's more!  It turns out that way back in 2004 (another two year gap...hmm), the tiny, unheard-of company SurfCast was granted a US patent for a "System and method for simultaneous display of multiple information sources."  Looking through the patent listing, you will see images (like the one above) that resemble Live Tiles.  Whether or not you believe in the validity of software patents, this European "invention" (along with three other software patents) was used by SurfCast in a lawsuit against Microsoft's own Live Tiles.

So as some find Live Tiles a nuisance, they have been an idea built upon by many companies over the last decade.  I think it is safe to say that Microsoft's very front and center Live Tile feature is one that will continue to be refined into the future.